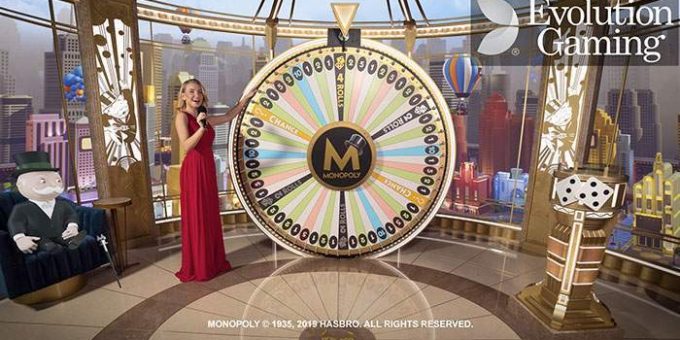 
In an alternate pandemic-free universe, we would be watching the latest episodes of American Horror Story, Brooklyn Nine-Nine, Stranger Things, and The Witcher. The pandemic forced a break in our regular viewing schedules, and the shows we are greatly anticipating are suspended indefinitely. As this disruption is being manifested, the viewing schedules are instead filled with re-runs.

Alongside the re-reruns, there are also unscripted shows like reality series and game shows. On legacy TV, prime time hours are filled with “Jeopardy”, “Celebrity Wheel of Fortune” and “The Price is Right at Night”. On every channel, there is a game show. Netflix even started producing their own game shows, such as “The Floor is Lava”. Game shows are a lot cheaper and easier to produce, especially under current circumstances.

Online casinos are also capitalizing on the trend by offering live casino game shows to their players, including the industry’s own take on popular legacy-TV game shows like Deal or No Deal. It’s no wonder that these kinds of casino games are appealing, especially as the broad mainstream appeal is to watch game shows when flipping on their TVs or watching on their mobile devices. This article will deep-dive into game shows and see what types of game shows you can find in Canada’s online casinos.

Everyone has probably heard about Spelling Bee contests. These types of contests were around long before television came into existence. It was the first game show that saw adoption in the 1930s. Today, it is usually young children competing in Spelling Bee contests. Back in the day, to create some sensation and entertainment, Hollywood celebrities were invited to compete.

In the 1950s, when TVs were more widely available and game shows were a staple for daytime viewers (millions of housewives), game shows started to include ordinary people to compete for cash prizes.

With the introduction of color TVs, even more people started watching movies and shows. The prize pools for game shows grew, and celebrity game shows were featured during prime time, five times per week.

WHO WANTS TO BE A MILLIONAIRE?

Towards the end of the nineties, a hugely popular game show was introduced; “Who Wants To Be A Millionaire?”. The show was running from 1998 to 2014. Over 160 different countries broadcasted this game show at some point during those years. The 1 million cash prize kept viewers at the edge of their seats as they followed the show and tried getting the correct answers. Only a few contestants ever won the top prize.

There is still no live casino game show based on “Who Wants To Be A Millionaire?”. But you can play the official slot game developed by Big Time Gaming, available in many Canadian online casinos.

During the last twenty years, game shows’ popularity has remained low in favor of high-production scripted series. Most game shows are unfortunately now temporarily suspended due to the pandemic that hit us in 2020. Game shows are expected to reign supreme in 2021.

All live casino game shows are produced in high-quality and uniquely themed live studios, with real-life persons hosting the games. This person is called a presenter and is responsible for actions in the game and keeps you entertained during the gameplay. All the gambling action takes place in real-time, and the whole production setup is live-streamed in HD to your desktop or mobile device.

Unlike a game like Blackjack, there is no skill involved in game shows. It all comes down to luck, similarly to online slots, but in a different setting. All you have to care about is your bankroll. The best thing about live casino game shows is, of course, the massive cash prizes that are up for grabs – if you are lucky enough to win, that is! Let’s have a look at some of the most popular live casino game shows in Canada.

Monopoly Live is an official live casino game show based on the legendary board game. The live casino game show-version is developed together with Hasbro that owns the rights of Monopoly. The idea behind Monopoly Live is the same as that of Dream Catcher. There is a huge money-wheel but with many more game features: Chance, 2 Rolls, Instant Cash Prizes, Multipliers, and a 3D bonus game. The bonus game is outstanding. Once this is triggered, you join Mr. Monopoly man himself on the monopoly board through a 3D version using augmented reality (AR) technology.

DEAL OR NO DEAL

The classic game show Deal or No Deal got its place in the online casinos. The traditional format of Deal or No Deal was perfectly adapted to live casino game shows. In this game, you get to guess if the sum of money in a briefcase is higher than what the bank is offering you to take. The more briefcases that are opened, the higher the prizes get. Multiplier features are again incorporated into this live casino game show.

Dream Catcher is the first-ever live casino game show. It features a money-wheel operated by the game presenter. Similar to a wheel at a carnival, you place your bets on the number you think that the wheel will stop at. The wheel also features multipliers worth 2x and 7x the payouts, which will boost your total win if you get lucky.

Lightning Roulette is the first in a series of old classics in a new format. Besides the game show elements, this is a revolutionized way of playing traditional Roulette. It is based on European Roulette. The lightning addition is that, on each round, five random numbers can light up as if struck by lightning and give players a payout of 50x to 500x on single bets.

Lightning dice follows the same theme as Lightning Roulette and is a first of its kind in Canadian online casinos. Three dices are dropped into a lit-up dice tower, and you bet on the total value of what the three dices will be. After betting has expired, lightning strikes the dice tower and strikes one or several of the numbers with a random multiplier up to 1000x.

Crazy Time is an evolution of Dream Catcher that we mentioned earlier. The difference is the lively set up with loads of colors and an overall crazy theme. On every spin, there are multipliers and the possibility to bet on and trigger four different bonus games: Cash Hunt, Pachinko, Coin Flip and Crazy Time.

Mega Ball is a fantastic bingo game in a live casino setting. You buy Mega Ball bingo cards in the online casino you are playing. You can hold up to 200 cards, each containing 24 numbers. 20 balls are then drawn from the total pool of 51 balls. Same as with any bingo game, the goal is to make horizontal, vertical or diagonal lines. You can complete more than one line per card. There is also a chance to win huge payouts by triggering getting up to two of the multiplier balls.

Football Studio is a football-themed live casino game show where two cards are dealt on a lit-up interactive table styled as a football pitch. Players bet on Home Win, Away Win or Draw. Winning streaks are shown in the backdrop, and winning hands trigger lightning effects on the pitch. The game host provides game commentary, goal celebrations, and general football chat during the gameplay.

Adventures Beyond Wonderland is the only game not provided by Evolution on our list of most popular live casino game shows. This game is provided by Playtech. As you may have guessed, it is based on Alice in Wonderland and draws inspiration from the slot game with the same name. As with most other game shows, Adventures Beyond Wonderland features a huge wheel where players bet on different outcomes. There are four different bonus games to trigger: Wonderspins Wheel, Wonderspins Inner Wheel, Magic Dice Bonus Grid and Mystery Bonus Spins. Each bet also has the chance to trigger multipliers, and there is even an opportunity for multipliers to be multiplied. The max win for one round is capped at $500,000.

EXPERIENCE THE THRILL OF GAME SHOWS

As we are once again indulging in the guilty pleasure of watching game shows, it makes perfect sense to experience what it feels like to be a part of the game shows you are watching (in the absence of new seasons of your favorite shows). Online casinos in Canada can provide you with that experience. Just remember that live casino game shows are all about luck, there is no skill involved, and you should always gamble responsibly.